Native San Antonian Gordon Hartman is a philanthropist and former homebuilder who at the age of 15 started his own landscaping business while attending a local seminary. By age 19, he had saved enough to begin his homebuilding business, and by age 23, he had started a land development company. Founded in 1983, Gordon Hartman Homes built housing for low- to moderate-income families. Over the next 22 years, Gordon grew his company into the largest locally-owned homebuilding and land-development enterprise in San Antonio. In recognition of his success in business, he has earned membership in both the San Antonio Business Hall of Fame and the Texas Business Hall of Fame. Gordon was also inducted into the San Antonio Sports Hall of Fame in 2018 for bringing professional soccer to San Antonio and, in so doing, generating financial support for the special-needs community.

In 2005, Gordon sold his companies and established the Gordon Hartman Family Foundation so he and his wife, Maggie, could pursue their dream of helping children and adults with special needs. Their devotion to this cause is inspired by their now 29-year-old daughter, Morgan, who was born with cognitive and physical special needs.

In 2007, Gordon recognized the tremendous need for fully-accessible outdoor recreational facilities, so he made another dream come true – the April 10, 2010 grand opening of nonprofit Morgan’s Wonderland, the world’s first Ultra-Accessible™, fully-inclusive theme park designed with individuals with special needs in mind and built to be enjoyed by everyone. Opening festivities included NBA Hall of Famer David Robinson and star of TV and movies Eva Longoria. Two years later, global automotive giant Toyota, the leader in mobility solutions for drivers with disabilities, opted to become the presenting sponsor of Morgan’s Wonderland.

Morgan’s Wonderland, ranked by TripAdvisor as being among the top theme parks in the U. S., has welcomed more than 2 million guests from all 50 states and more than 100 other countries through park visitation and special events. Gordon’s realization that families with members with special needs have great demands on both their financial and emotional resources led to his commitment to admit anyone with a special need free of charge.

On June 17, 2017, Gordon debuted Morgan’s Inspiration Island, the world’s first Ultra Accessible™, fully-inclusive splash park. In addition to tropically-themed aquatic attractions that everyone can enjoy, the park includes the Wheelchair Valet where guests can transfer out of their personal wheelchairs into revolutionary pneumatic waterproof wheelchairs developed in collaboration with the University of Pittsburgh.

The World Waterpark Association honored Morgan’s Inspiration Island with its 2017 Leading Edge Award, and in 2018, TIME magazine named the splash park to its first annual list of World’s Greatest Places. Amusement Today, an internationally-circulated publication covering the theme parks and amusements industry, proclaimed Morgan’s Wonderland as “Park of the Year” during presentation of the 2017 Golden Ticket Awards to “the best of the best.” In addition, Paralyzed Veterans of America bestowed the 2018 Barrier-Free America award upon Morgan’s Wonderland and Morgan’s Inspiration Island.
Another significant expansion completed in 2020 and officially opened in 2021– Morgan’s Wonderland Sports – is an Ultra-Accessible™, fully-inclusive sports complex focused on fitness, competition and fun for athletes of all abilities. Morgan’s Wonderland Sports offers 3 acres of sports activities including basketball, volleyball, softball, baseball, football, pickleball and tennis. It also plays a key role for Special Olympics Texas, which annually hosts its statewide Summer Games at Morgan’s Wonderland.

In May 2021, Gordon unveiled Morgan’s Wonderland Camp, a 102-acre recreational oasis on the northern outskirts of San Antonio that year-round offers an Ultra-Accessible™, fully-inclusive summer camp-type experience to those with and without special needs. Facilities can accommodate at one time up to 525 campers of all ages and abilities – along with staff – for day, weekend or week-long camp sessions. Morgan’s Wonderland Camp features more than 20 major fun elements including ziplines and a challenge course like none other. Activities also include horseback riding, archery, cycling and swimming, to name just a few.

The new $45 million Multi-Assistance Center at Morgan’s Wonderland, or The MAC, constitutes a bold new approach to caregiving for those with special needs. It offers a unique, one-stop care model that helps solve medical, therapeutic and social-determinants-of-health issues in one location – a three story, 165,000-square-foot headquarters not far from Morgan’s Wonderland.

The MAC houses more than 30 community-based organizations, and specially-educated Navigators guide clients, or MAC Members, to service providers, track progress and schedule follow-ups. Gordon anticipates that this model of providing services in a coordinated manner will establish a new standard, not only in San Antonio but across the nation as well as internationally. The MAC’s grand opening on Oct. 2, 2022, included special appearances by award-winning actor Joe Mantegna, also an advocate for those with special needs, as well as Texas Lt. Gov. Dan Patrick and San Antonio Mayor Ron Nirenberg.

To coordinate planning, fundraising and communications among the entire Morgan’s Wonderland “family” of ventures designed with assistance to the special-needs community in mind, Gordon in 2021 founded nonprofit Morgan’s Inclusion Initiative, which is headquartered at The MAC. For more information, visit www.InclusionStartsHere.com, or call (830) 283-8900.

In addition to his leadership of Morgan’s Inclusion Initiative, Gordon has served as a trusted advisor to innumerable nonprofit organizations to help them achieve success in serving those in need. In January 2012, he mobilized a force of several hundred volunteers to construct a home for a wounded veteran in just 108 hours, a feat documented for a national audience by ABC-TV’s Extreme Makeover: Home Edition. He also has been involved in projects that further San Antonio’s reputation as “Inclusion City, USA,” proclaimed by the City Council in 2015 in conjunction with the 5th birthday of Morgan’s Wonderland. These include accessibility improvements at City Hall, Bexar County Courthouse and San Antonio International Airport.

During the pandemic of 2020, city and county officials called on Gordon to head the COVID-19 Community Action working group to recommend measures for long-term recovery and to identify local, state and federal resources to assist the community. To aid in helping heal the Uvalde, Texas, community following a devastating May 2022 school shooting that took 21 lives, Gordon and his team welcomed more than 2,500 residents to Uvalde Day, a free, private visit to Morgan’s Wonderland and Morgan’s Inspiration Island on July 9, 2022, that also included complimentary roundtrip transportation.

Since the establishment of the Gordon Hartman Family Foundation in 2005, Gordon has raised almost $119 million that – coupled with over $102 million donated by himself and wife Maggie – means a grand total of more than $220 million has been aggregated thus far for the betterment of people with special needs.

This is just the beginning for the Hartmans since they have pledged to donate 95 percent of their financial resources during their lifetimes or via their estate per the Giving Pledge, founded by philanthropists Bill and Melinda Gates and Warren Buffet. Gordon Hartman became the 210th member of the Giving Pledge, a commitment by individuals worldwide to give more than 50 percent of their wealth to philanthropy or charitable causes.

Because of his generosity, energy and vision, Gordon has earned extensive local, regional and national recognition including an honorary Doctor of Social Work from San Antonio’s Our Lady of the Lake University. In 2019, Gordon was named recipient of The Governor’s Trophy, highest honor for lifetime achievement in support of Texans with disabilities. Furthermore, the Association of Fundraising Professionals of San Antonio and South Texas honored him as Outstanding Philanthropist in conjunction with the 2022 observance of National Philanthropy Day.

Ultra-Accessible™ refers to removing both physical and economic barriers that confront children and adults with special needs. This means that those with and without special needs can come together in a fully-inclusive environment for a better understanding of one another. Maggie, co-founder of the Gordon Hartman Family Foundation, has worked tirelessly alongside her husband in trying to make life better for individuals with special needs. Their daughter with special needs – Morgan – is the inspiration for their ongoing vision and leadership.

A lifelong San Antonian, Maggie was working in the mortgage business when she met Gordon. They married in 1991, and Morgan was born in 1993. Maggie became a stay-at-home mom to focus on Morgan’s care and well-being. In 2013, Maggie successfully beat a breast cancer diagnosis. As a result of that experience, she has become a staunch advocate for early detection. She is an ardent supporter of WINGS (Women Involved in Nurturing, Giving Sharing), a breast-cancer treatment organization and ThriveWell Cancer Foundation. Becky has been Gordon’s assistant since 2000 when he was in the home building business. In 2005, after the sale of his businesses, she transitioned with Gordon when he established the Gordon Hartman Family Foundation. She is responsible for managing all daily office operations and scheduling and oversees the Foundation’s annual grant cycle.

Becky grew up in McAllen, Texas and earned a Bachelor of Social Work from the University of Texas at Arlington. She is an avid gardener and Monarch butterfly advocate. She is married to Thomas Thomas (aka “T2”) who volunteers at Morgan’s Wonderland playing his alter ego, Sgt. Segway, raising awareness for veterans. They have a son, Stephen, who resides in Columbus, OH and daughter, Becca, who lives in New Braunfels, TX.

Jaime joined the Gordon Hartman Family Foundation team in October 2008. She oversees the Foundation’s Online Resource Directory and frequently works with parents, caregivers and individuals with special needs in finding the appropriate resources for their specific situations. Jaime also chairs the Excellence in Caregiving Awards event each spring where 25 deserving caregivers are recognized for their devotion to the special needs community and oversees the annual Holiday Party for individuals with special needs and their families held in December at Morgan’s Wonderland.

Jaime earned a Bachelor of Science in Family & Consumer Sciences with a major in fashion merchandising and a minor in business administration from Texas State University. She also attended the Paris Fashion Institute where she earned a certification in fashion design and marketing. She is the 3rd generation in her family to have a career that focuses on improving the lives of individuals with special needs. In her free time she enjoys volunteering at charitable organizations throughout the San Antonio and Austin areas, hiking and yoga but her favorite hobby is caring for her special needs 8-year-old miniature dachshund/terrier mix named Jazzy. 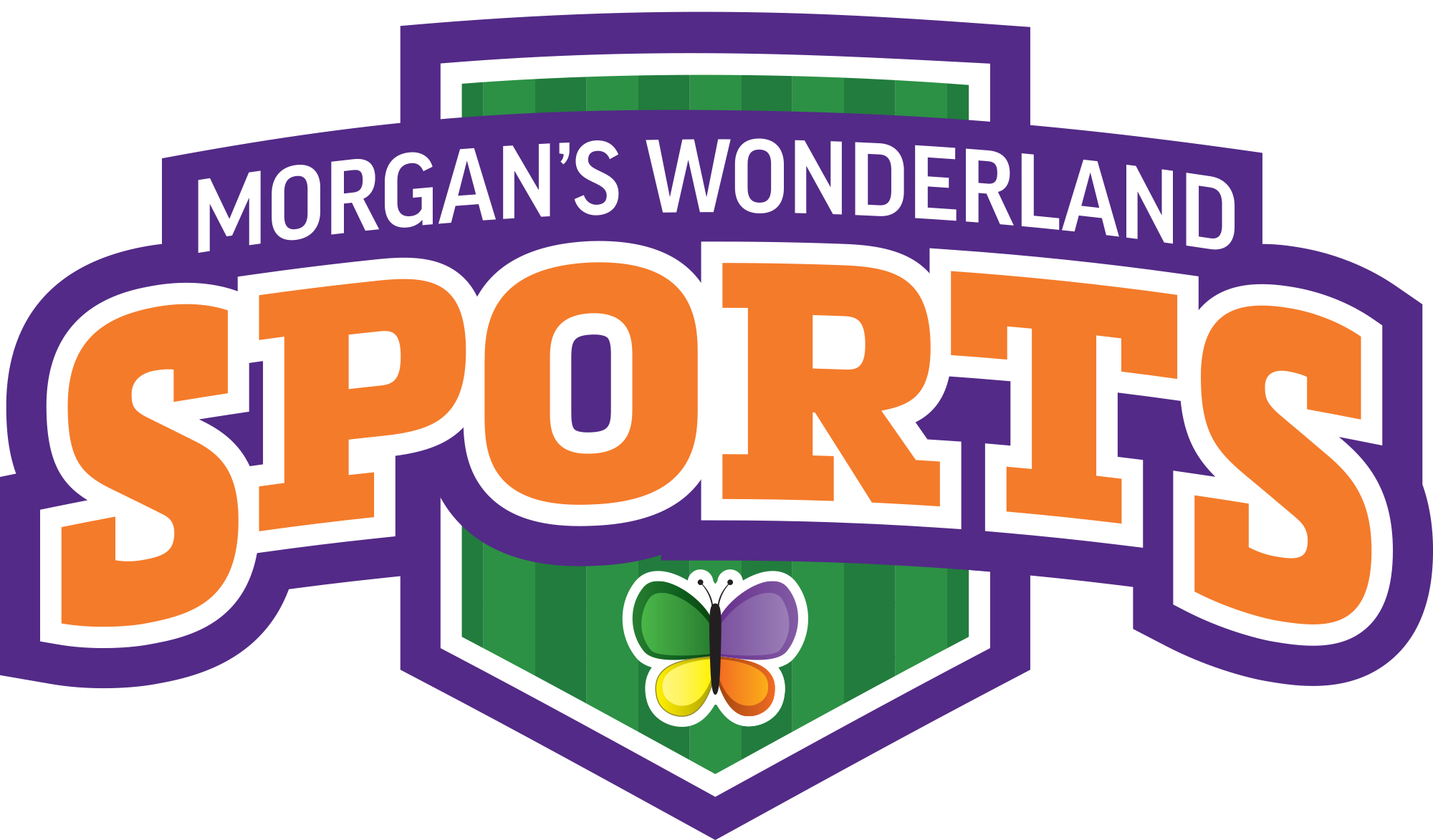